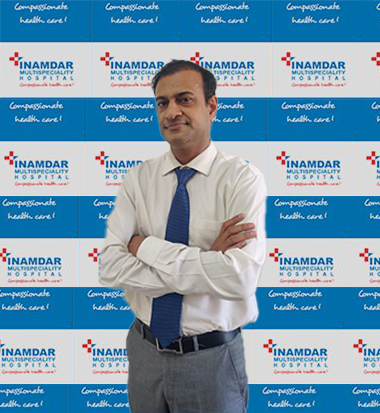 Dr. Prasun is a well qualified ENT surgeon having done his MS – ENT from Armed Forces Medical College (AFMC), Pune which is India’s premier medical institute, here he has topped the course.

He is qualified in all the common ENT surgeries with a special interest in disease related to voice.

For this, he was also selected for the prestigious ICMR International Fellowship in the year 2012-2013, under which he completed his fellowship in laser and voice disorders from Belgium, which is one of the leading center dealing with laser and voice-related problems.

He also has worked in the army medical corps from the year 2001-2006 as short service commission officer where he was awarded medal for excellence in service.

He has been awarded the prize for the best ent consultant paper award in Pune in the year 2010.

He presently holds the post of secretary of the association of ent surgeons of Pune for the year 2013-14. He held the post of treasurer for the previous year.